Pandit for Laxmi Puja in Bangalore

It was on the day of Dhantrayodashi that Goddess Lakshmi ascended from the milky ocean, and it was on the day of Diwali that she married Lord Vishnu that the festival of lights officially began. As a result of this belief, Amavasya (Diwali Day) is considered the most auspicious day for appeasing the Goddess of Wealth and Abundance. 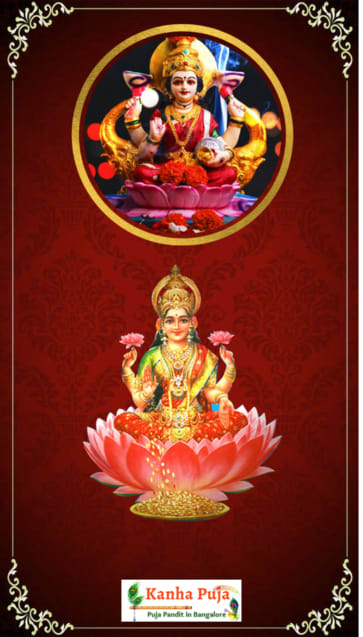 This auspicious Diwali Puja in Bangalore included the following rituals, which were carried out:

The Hindu religion has a lot of different rituals that happen all year long. These include Ganapati Puja and Kalash Sthapana. They also have Sankalp, Punyahavachan, Lakshmi Puja, Tula Puja, and Lekhni Puja (for the office or business).

During this puja, it takes about 45 to 60 minutes for the whole thing to be done.

Before the Diwali Pooja, every devotee cleans their home, decorates it with flowers, toys, and sweets, and invites Lakshmi Devi into their home to bless them with good health and wealth, so she can bless them as well.

Every year, on Kartik Krishna Amavasya, the most auspicious day for performing Lakshmi Pooja, devotees gather to worship Goddess Lakshmi. It is customary to do a Lakshmi Pooja to commemorate Lord Rama’s victory over Ravana in Lanka.

Thousands Hindu people gathered to celebrate Lord Rama’s homecoming to his hometown of Ayodhya. The citizens of Ayodhya celebrated Shree Rama’s coronation as well as Lakshmi Pooja. Alternatively, Deepawali or Diwali Pooja are used to refer to this ceremony. This event is also free and is being held in honour of Mata Seeta. In Hindu mythology, Lakshmi, the Goddess of Wealth and Blessings, manifested herself as Mata Seeta, the Mother of All Blessings.

The ultimate goal is to protect a family from financial difficulty and sorrow as much as possible.

It makes it easier for people to get paid back for debts that haven’t been paid, as well as to deal with any debt-related problems that may arise.

Those that practise it will receive more money, success, and prosperity as a result of their efforts.

Known as the Goddess of Wealth and Prosperity, Goddess Lakshmi is the consort of Lord Vishnu, the greatest god and the protector of Hinduism and our universe. As the goddess of money and prosperity, she is revered and worshipped by those who wish to be blessed with an abundance of material wealth and possessions. Those who have a great degree of dedication and honesty, according to legend, are bestowed with blessings by Goddess Lakshmi. Not only does Goddess Lakshmi bestow prosperity on those who invoke her, but she also bestows good health and optimism. As a result, those who are afflicted turn to Goddess Lakshmi in order to be blessed with good health.Chanting her name and the holy chants on a regular basis can bring good fortune and money to the chanter. Because wealth is thought to be one of the most important things to have in order to live, Goddess Lakshmi is very important.

She is revered as the protector, the supplier, and the nourisher because she provides the very essence of life to her faithful devotees. 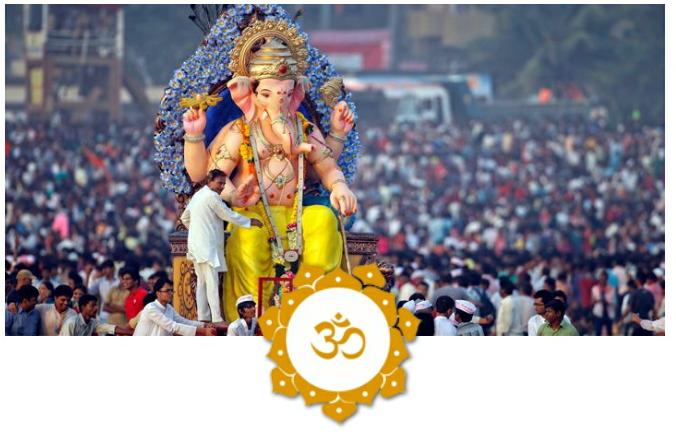 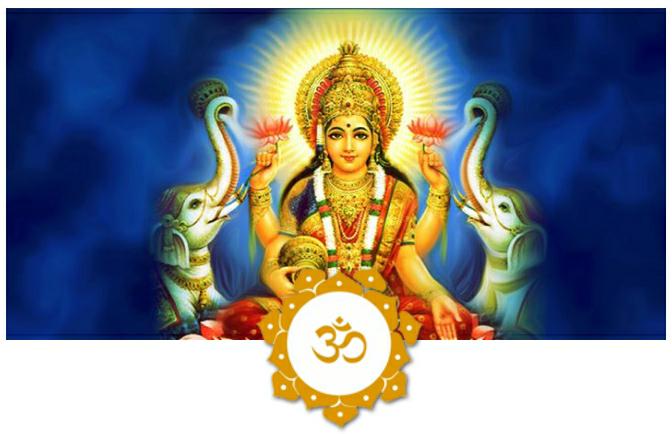 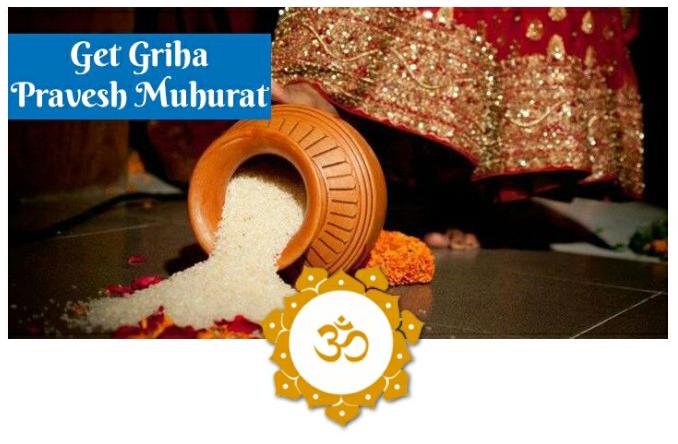 A ‘Griha Pravesh Puja’ (house warming) ceremony is an auspicious moment, when a home buyer enters his/her property for the first time, after getting its possession. There is a common belief that there should be no bad omens during the griha pravesh and hence, people take precautions like scheduling the ceremony during a ‘shubh muhurat’ and performing rituals like a puja, havan, etc., with the help of a pandit. Given below are five important points that home buyers can follow, for a flawless griha pravesh. 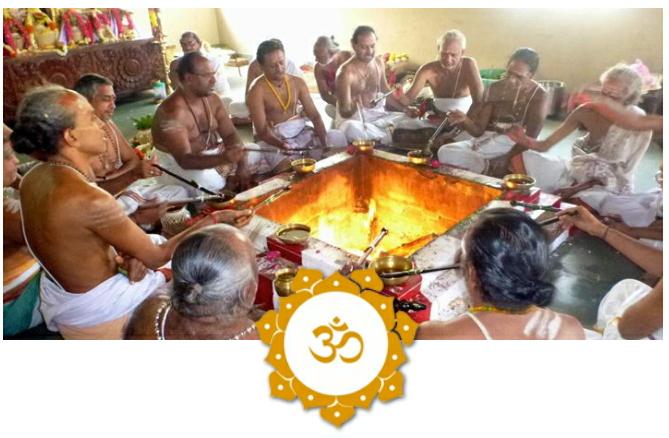 Maha Mritunjay means the victory over the most difficult situation of life like dead. Maha Mritunjay Puja symbolize the Lord Shiva the “Maha Deva”.

Shiva is the god of “giver”, if you appease Lord Shiva then you will get the divine grace from him and you will win all your obstacles of life.

Maha Mritunjaya Puja is known as for to victory over critical conditions of life like health issues, accidents, imprisonments, entangled in bad relationship where you are feeling suffocated or unable to find relief. 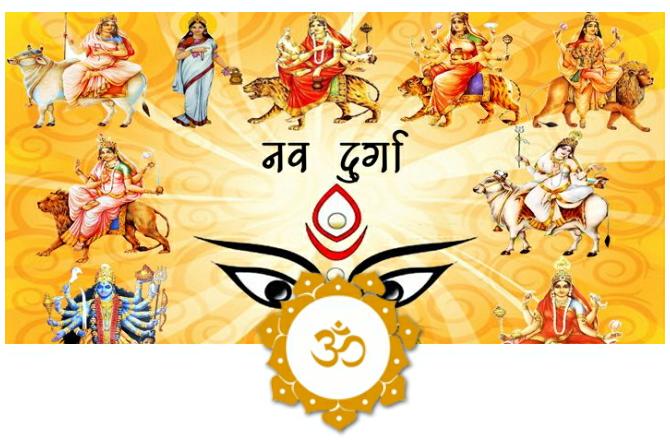 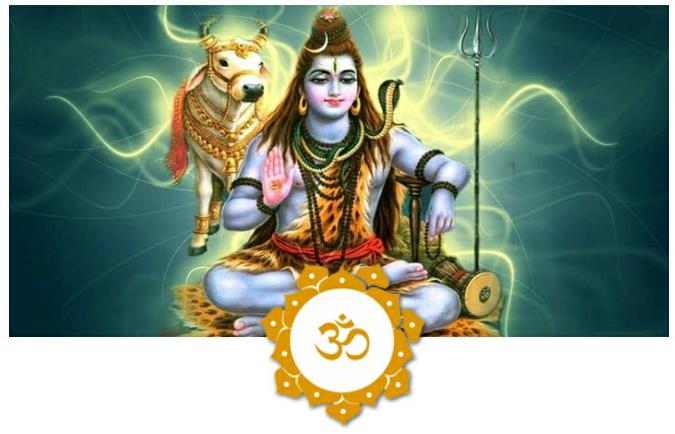 Shivratri is one of the most important days to worship Lord Shiva. In Maagha or Phalguna, it is celebrated on the 14th night (usually in February or March). The “Great Night of Shiva” draws big audiences and several events are planned.
Maha Shivratri Puja Benefits:

It aids in all aspects of life.
Resolves all career, job, business, and relationship issues
Get Lord Shiva’s blessings
It offers Peace, Harmony, Health, and Wealth. 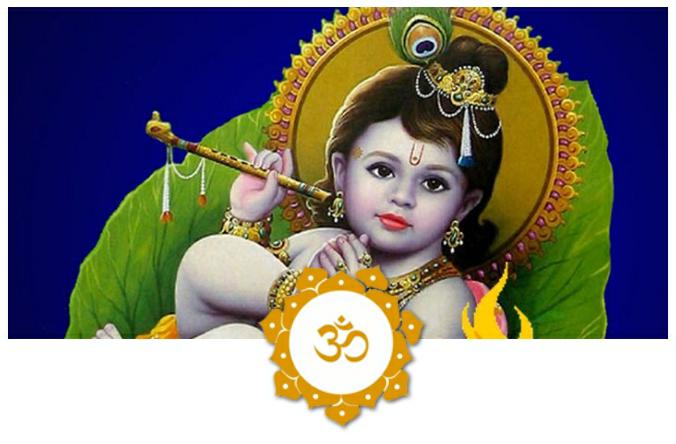 Santan Gopal refers to the child form of the divine Lord Krishna. Children are considered to be the form of the divine lord himself and bring immense happiness and positive energy in everyone’s lives. Children are an essential bliss for a family. Nobody wants to miss on the beautiful experience of parenthood. When a native is devoid of progeny, life is incomplete for him or her.

For problems related to Progeny “Santan Gopalam Puja” is considered to be a boon. This puja is dedicated to Lord Krishna. 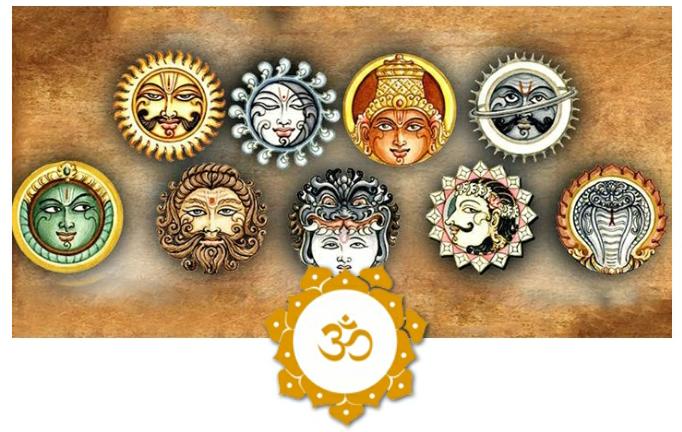 Our life is greatly influenced by the placement of nine planets in the natal chart. Everything in a person’s life is determined by the position of these nine planets. The Navgraha word is an amalgamation of two words – Nav which means nine and Graha which stands for planets.

The Navgraha Puja is performed to remove the negative effects of the malefic planets and appease them to so that one’s life can be free of hurdles and hardships. 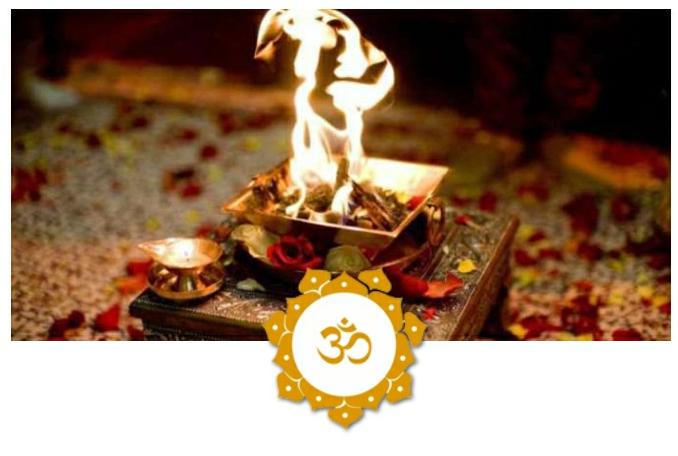 This Puja removes the negative effects of malefic planets.
Removes all hurdles and problems associated with misalignment of the planets.

It greatly enhances the positive effects of well aligned planets.
This Puja helps to give one a healthy, wealthy and prosperous life. 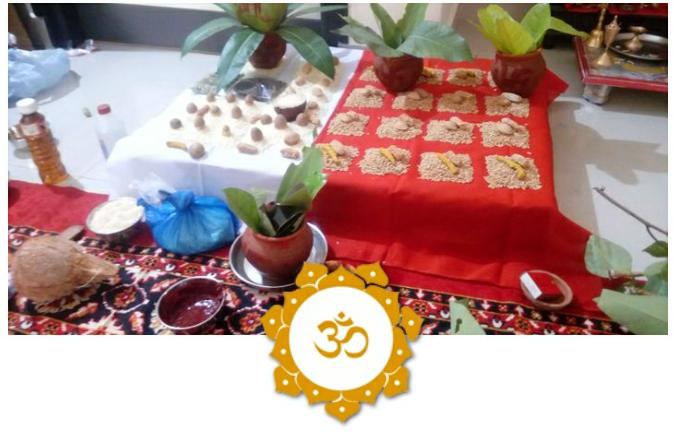 Mangal Dosh is also known as Manglik Dosh or Kuja Dosh. Mangal Dosh is associated with the planet Mars. If Mars is placed in the 1st,4th,7th,8th or 12th house in the natives birth chart it is called Mangal or Manglik Dosha, as Mars is considered malefic if placed in any of the mentioned houses.

This Puja nullifies all problems that may arise due to Mangal Dosha.* Mangal Dosha Nivaran Puja will resolve the problem of delay in marriage completely. 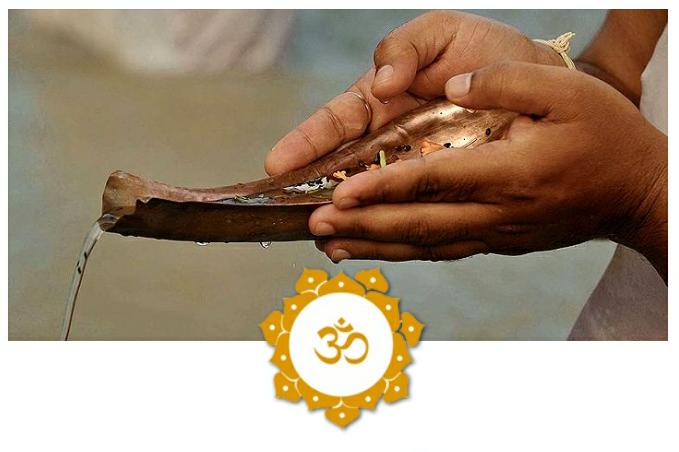 The Pitru Paksha is called Shradh. Pitru Paksha starts from the full moon of Shukla Paksha of Bhadrapada. According to Hindu religion, when the Sun enters Virgo, the ancestors come down from the afterlife to see their sons and grandsons on earth for some time. In Pitru Paksha, a tarpan is performed in the name of the ancestors for the peace of their souls. If your father is happy with you, then no power in the world can harm you and if he gets angry with you, then the whole family is destroyed. 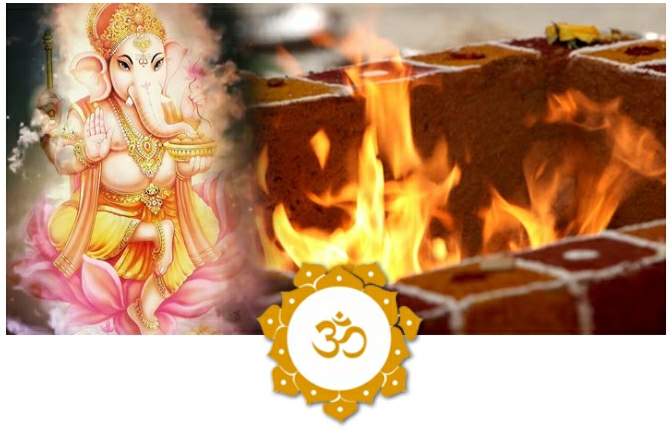 Havan is a Yagya ritual. Our bodies are made up of earth, water, fire, and air. Fire is a sign of purity in this rite. They began to worship fire in the Vedic era. The goods offered to the deities in the havan are thought to reach them when burned.

Pandits or priests, who are experts in their specialty, perform a variety of Hindu religious ceremonies and customs. An expert in Hindu rituals and customs, a pandit or purohith performs ‘yajnas’ for many types of auspicious events. A pundit is an essential part of any ceremony, whether it’s a wedding or a housewarming party.

We were looking for Hindi pandit in bangalore. Found Kanha puja at the right time. The overall experience was great. I highly recommend Kanhapuja. Thank you for making our housewarming a grand one.

Availed the services for Gruhapravesham pooja. Swamy was peaceful and brilliant. He explained the entire process and helped us with a smile through out. We would recommend to avail the services to all.

The pandit ji reached on time and the entire puja went very well. Excellent puja service ! Purohits are very experienced. They also explain meaning of each and every puja they perform.

Service is really swift ! They are very precise with the arrangements , hasslefree . All you need to do is just book your respective pooja and rest all Kanha pooja does . Highly recommended. Keep up the good work

We were looking for Hindi pandit in bangalore. Found Kanha puja at the right time. The overall experience was great. I highly recommend Kanhapuja. Thank you for making our housewarming a grand one.

Availed the services for Gruhapravesham pooja. Swamy was peaceful and brilliant. He explained the entire process and helped us with a smile through out. We would recommend to avail the services to all.

The pandit ji reached on time and the entire puja went very well. Excellent puja service ! Purohits are very experienced. They also explain meaning of each and every puja they perform.

Service is really swift ! They are very precise with the arrangements , hasslefree . All you need to do is just book your respective pooja and rest all Kanha pooja does . Highly recommended. Keep up the good work 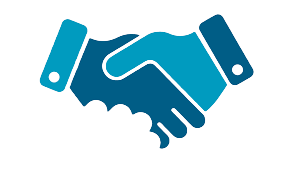 As with all of our Pandits, they have received their education through the Vedic Patashala tradition. Observance of established Vedic rules is a requirement for all rites. Pooja should be an enjoyable experience if you use high-quality samagri. On-time arrival and honesty are guaranteed. Assistance and direction from a qualified professional

A HINDI PANDIT IN BANGALORE PERFORMED ALL IMPORTANT PUJA AND ANUSHTHAN.

Book A Pandit
Best Puja Pandits in Bangalore
Finding a panditji in BANGALORE is difficult. You can also book purohit for puja, hawan, or other spiritual ceremonies in Bangalore. You may need to reserve pandits for puja, Homam, Havan, etc. But they won’t be available on your preferred dates. In order to provide you with the greatest panditji support, we offer online panditji booking in Bangalore and adjacent places. By clicking the Book a pandit option, you may book a pandit online in Bangalore. Or you can phone the number above.

Bangalore’s leading web resource for Pandit reservations. You can schedule a trained and best Pandit to perform rituals at your home, offices, or workplace through this website.

Click on Book a Pandit Button to book our Experienced Vedic Priests.